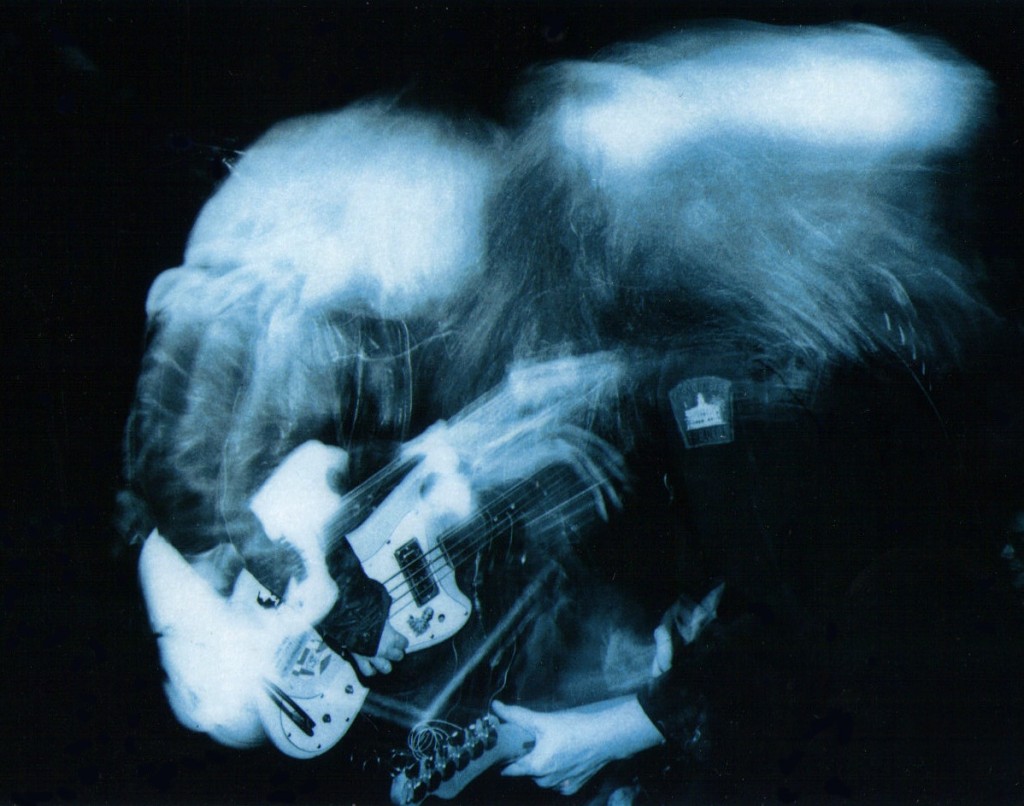 “Girls on Girls” documents four generations of San Francisco women musicians, beginning with the mid 70′s punk rock movement that changed the music scene forever. A photo montage of legendary photographer James Stark’s black and white portraits of women punk musicians accompanied by VKTMS classic anthem “What’s a Girl to Do?” serves as a short history lesson and brings the film into the late 70′s. Introducing the next generation are The Contractions’ (1979-84) “Magazine Phobia” video and an interview with bass player Kathy Peck. Then Frightwig (1982-2003), with “Wanque Off Song,” set to a collage of band photos shot by the notorious SF punk scene photographer Bobby Castro and followed with an interview of guitarist Mia Simmans. Next, Dirtbox (1995 – 2001), with a montage of “fan” snapshots for their song “Spooning With a Strung Out Lover,” and an interview with lead singer Antonia Crane. The fourth band, Grass Widow (2007 to the present), embodies the present-day evolution of the punk genre. A live performance clip by videographer (((unartig))) of their song “Out of Body Experience” is followed by an interview with band members Hannah Lew, Lillian Maring, and Raven Mahon.