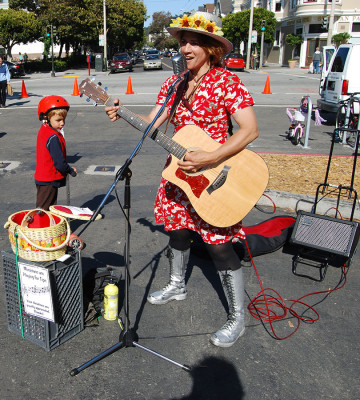 Streets of San Francisco, Mia brings you a brand new chapter of farcical social commentary along with her customary feminine (and feminist) wit and panache.

With several hours of material always available, Mia provides endless entertainment and amusement to all who gather round to listen.

Available for house parties and other shenanigans… 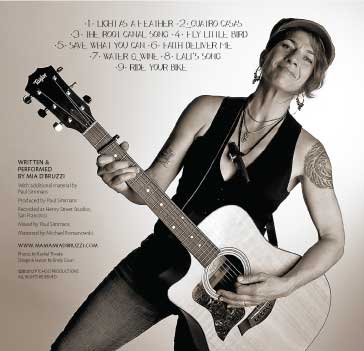 Mama Mia d’Bruzzi proudly presents her debut solo CD, The Imperative, on Ptchoo Productions Recordings. Recorded in the Summer and Fall of 2012 at the infamous Henry Street Studios in San Francisco, this 9 song slice-of-life was produced by audio alchemist Paul Simmans and mastered by the Master of mastering, Michael Romanowski.

Available on iTunes, CDBaby and by mail. 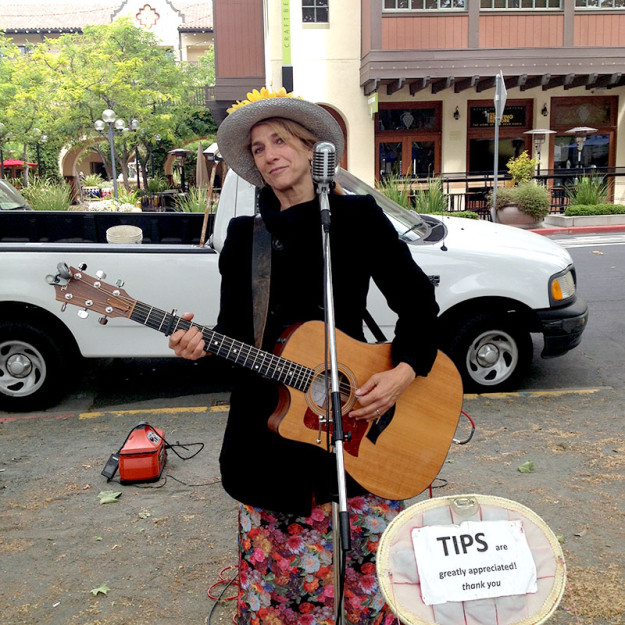 Review of The Imperative:
“As a founding member of FRIGHTWIG back in the halcyon days of punk rock clangor, and a member of THE MUDWIMIN, Mama Mia d’Bruzzi (aka Mia Simmans/Mia Levin) was a major bi-coastal force blazing the trail for every riot-grrrl rocker you ever heard of. Her new solo effort THE IMPERATIVE showcases a nicely matured but still energetic style that rocks expertly between hard and sweet without falling prey to the usual tough-girl singer-songwriter clichés. Maybe it’s because she’s no little girl. Mama d’Bruzzi is all woman and has nothing to prove to you; she’s already proven it with a solid career as a pioneer of ovaries-to-the-wall hard rocking. If you’re a fan of the riot-grrrl aesthetic then you’re in her debt already even if you’ve never heard her sing or play a note.

Lyrically, d’Bruzzi is genuine as hell. She sings immediacies ripped straight from real life in a rich, pure, contralto with masterful inflection, layered on top of ass-kicking guitar-driven arrangements with the kind of tasteful restraint only the very seasoned can deliver. It’s a rugged and tender ride; every sentiment sounds real, and every note sounds necessary.