The psych-thrash band Frightwig said it years ago: Wild Women Never Die. Two pioneering feminist punk acts – L.A.’s Alice Bag and the Bay Area’s Frightwig — will play together for the first time ever at Oakland’s Studio Grand on Wednesday, May 13th. They will be joined by writer Evelyn McDonnell, biographer of another legendary all-girl Californian band, the Runaways, for a night of literature and music celebrating “The F Word.”

No one turned away for lack of funds 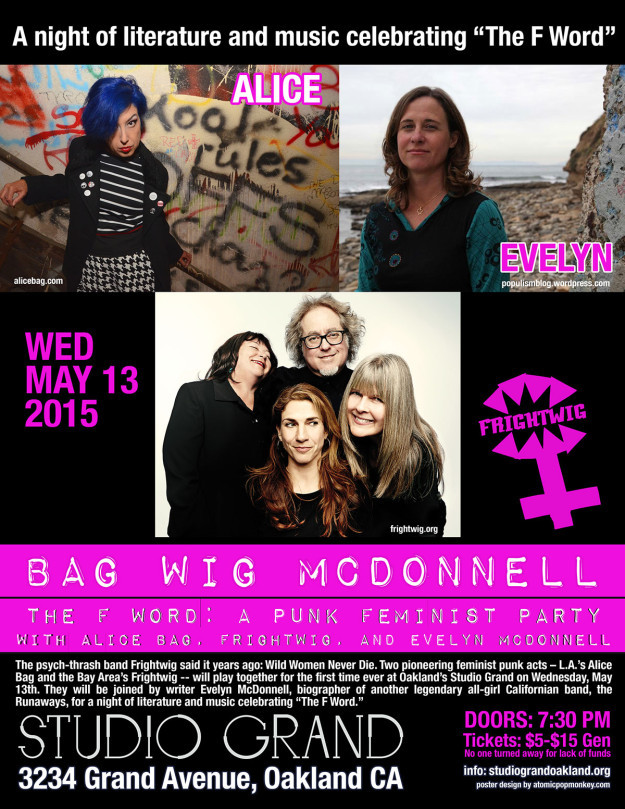 Frightwig are a favourite of Roddy Bottum and Imperial Teen and once included former Faith. No Man singer Paula Frazer.

“I saw the first Frightwig show and was so impressed and inspired, I made it a point to never miss another. In all its incarnations, Frightwig WAS the San Francisco music scene. Their sheer intensity horrified and inspired a whole breed of musicians. Bands like Flipper and The Dead Kennedys were threatened by their talent, and because they weren’t so into playing with boys or keyboards at the time I had no choice but to settle for playing with Faith No More.” – Roddy 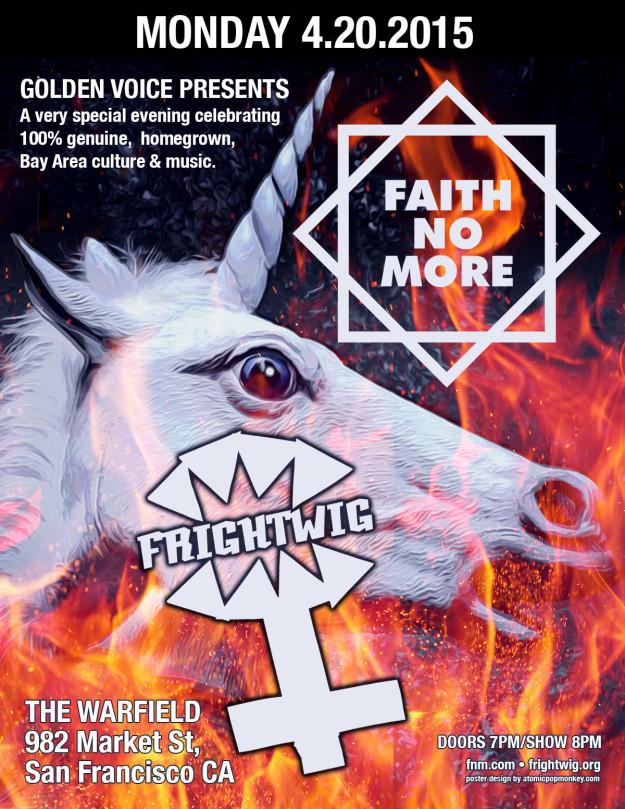 During November and December 2014 Mia worked with Margaret Cho in her #BeRobin campaign, organizing and playing a series of events on the streets and in the clubs of San Francisco, raising money and awareness on behalf of the homeless population of San Francisco. Food, supplies, clothing, haircuts AND money were passed out to the homeless, and a great time was had by all! 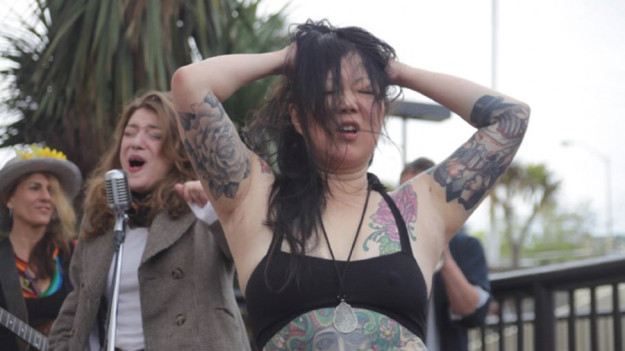 It’s an ongoing project and over $23,000 has been raised so far. The money has been distributed both directly to homeless people and to a few great homeless charities in San Francisco such as:

Donations can be made to:
gofundme.com/berobin

February 1, 2015
If anyone’s looking for a classy Italian dinner complete with fabulous cocktails, live music and elaborate desserts, head on over to the Fattoria e Mare Restaurant in Burlingame. Mia will be swinging sultry in the bar with her guitar a few times a month, serenading diners and drinkers alike with a mix of classic standards and heartfelt originals.
Fattoria e Mare is located at:
1095 Rollins Rd, Burlingame, CA 94010
(650) 342-4923 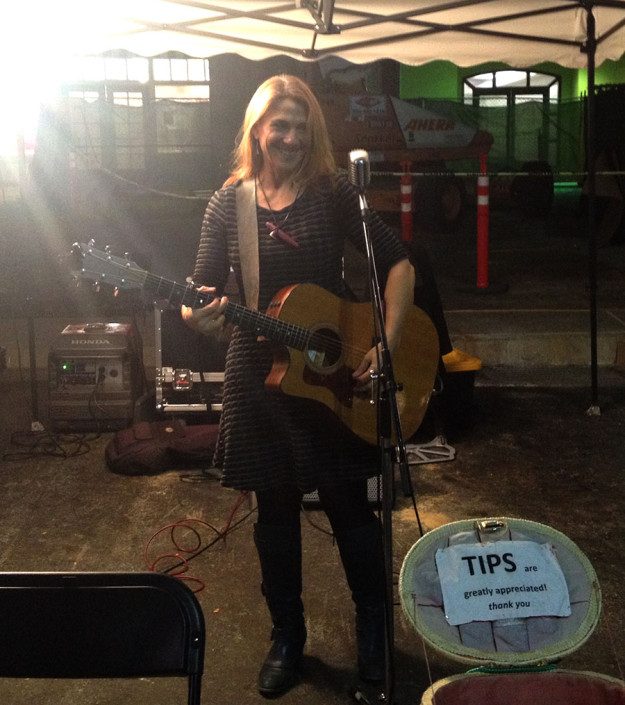 Dinner and a show? Off the Grid is a roaming mobile food extravaganza- bringing delicious food with free sides of music, craft and soul. Off the Grid operates 23 weekly markets in the greater bay area, promoting the power of a shared food experience to connect communities and creating a great atmosphere for friends and family to have lunch or dinner and enjoy.  Mama Mia d’Bruzzi began playing regularly for Off the Grid in January 2015 and can be found several times a month at their markets.
Info at offthegridsf.com 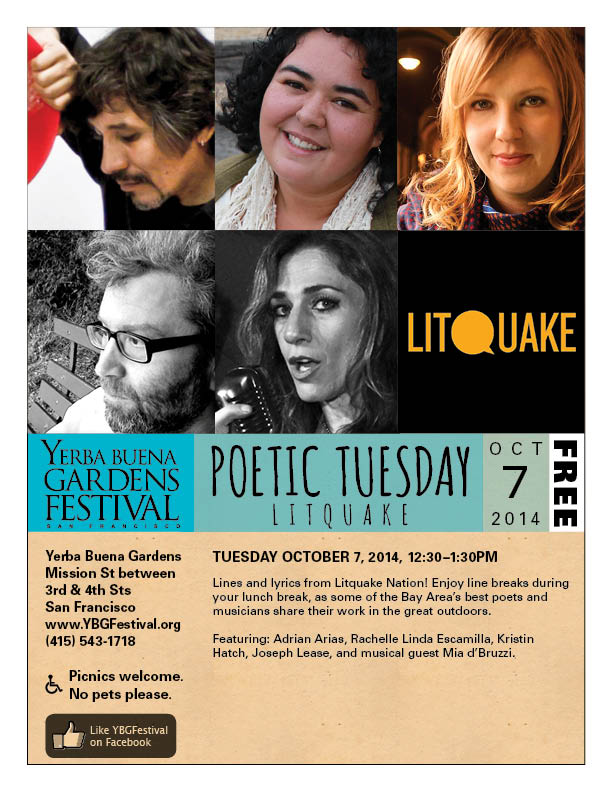