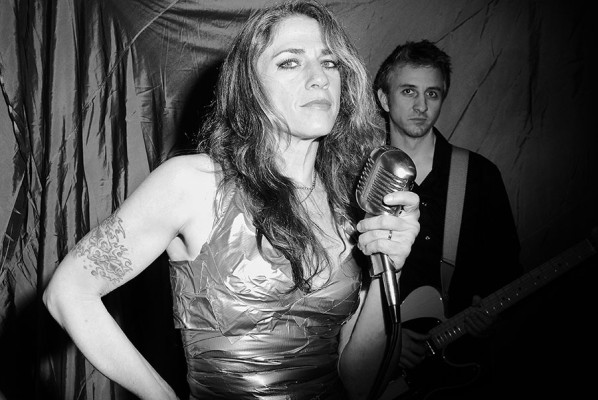 Musically inventive, orchestral and punchy as all hell, a celebration of all things guitar, this new band from production wizard and multi-instrumentalist Paul Simmans and Frightwig co-founder Mia d’Bruzzi chronicles the controlled folly of adulthood, the vicissitudes of life and an examination of the process of death. Originally from the UK, Paul Simmans is a guitar alchemist, creating vast aural landscapes ripe with ghostlike string sections and undertones of sinister depth as well as transcendent bliss. Paul and Mia met in the UK in 1999 and have been collaborating ever since. Gone to Ground released their eponymous debut EP in 2012, as well as the EP Moonshine Sunrise in 2013. They are currently in the studio recording new material for an upcoming album, due out early 2015.

Review: “By the time I heard the first chorus of The Long Game, I had been reminded of all the bands I’d ever been in, all the shows I’d ever played or been to, all the beer I ever drank, all the boys I ever dated, and all the proclamations made, costumes worn, and cigarettes smoked by my ancient cadre of colorful friends. I’m a bass player who is generally unconcerned with lyrics; however, I found myself intently listening to Mia’s golden voice detail the themes in each song. The arrangements are rich, thick, and satisfying and the hooks sink in deep.”- Bennet (cdBaby review 2012)

×
Update Required To play the media you will need to either update your browser to a recent version or update your Flash plugin.